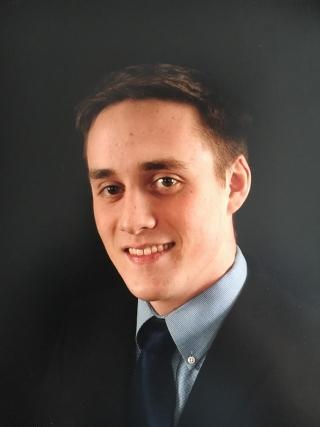 Bass Connections at its core is a mission by Duke University to overcome the issues that our society faces by encouraging different disciplines to collaborate. This collaboration allows teams to look at problems from several angles and pull from multiple skill sets.

Stemming the Opiate Epidemic through Education and Outreach (2016-2017)

My first encounter with Bass Connections was when my professor approached me about an opening he had on his team, “Stemming the Opiate Epidemic through Education and Outreach.” At the time, I was a student in the Master of Biomedical Sciences Program at the Duke University School of Medicine and had a pretty demanding course load. I was already working in a lab and was hesitant about the idea of taking on another research project, but it turned out that Bass Connections was much more than another bland research experience.

Bass Connections at its core is a mission by Duke University to overcome the issues that our society faces by encouraging different disciplines to collaborate. This collaboration allows teams to look at problems from several angles and pull from multiple skill sets. Despite this interesting mission, I was worried about my level of participation. Everything I had read suggested that this was a program for undergraduates and was tailored to be that way. After some discussion, I learned that the team leaders of my project wanted me to serve in a project manager role. In this position I would have significant input into the direction and purpose of the work of the team. Instead of being another member, I was a leader, someone who had greater responsibility, and because of this I agreed to join the team.

We began where many research projects begin, with data collection. This was not a normal data collection process; it was much more than that. Instead of spending long hours in front of a computer searching through articles and databases, we went into the community and directly interacted with the people who experience substance misuse. Our group learned from medical providers, counselors, treatment facilities, recovering users, community partners, and law enforcement officials. This allowed us to get a glimpse into the problems we were trying to tackle and was exhilarating for the entire team. This was by far the most exciting and thrilling data collection I ever had the privilege of performing.

My pleasure with Bass Connections and my role did not end with data collection. In place of the boring and often useless experiments that are done in traditional research, we began to take significant action. Our group called members of congress and lobbied for legislation, we created resource cards for individuals currently misusing substances, we connected with local law enforcement and began efforts to improve relations with the community, and finally, we created naloxone rescue kits to be used in our own state. Our team was directly applying what we had learned, something that is a common theme in Bass Connections.

Throughout all of this, I found that my role allowed me to utilize my skill set and granted me valuable experience. I learned (and am still learning) how to organize and direct a team’s focus and energy. This includes supporting the team members and providing them the resources they need to succeed. This also means that I have had to learn how to interact with community partners, how to leverage the strengths and weaknesses of team members, and how to judge the value and impact of different ideas being suggested. For any graduate student, this is valuable experience that can be directly applied to almost any field or profession.