​​​​​Duke researchers Nicole Calakos and Henry Yin are both interested in how the brain converts goal-directed, voluntary actions such as buttoning your shirt into involuntary habits you don’t have to think about. But they work in different departments in separate schools at Duke (Neurology, School of Medicine, and Psychology & Neuroscience, Trinity College of Arts & Science

s, respectively), which can make collaboration a challenge.

In 2010, they received a $100,000 Research Incubator Award from the Duke Institute for Brain Sciences (DIBS), allowing them to work together on their interdisciplinary ideas and see where they might lead. Research Incubator Awards, given annually, are designed to facilitate cross-campus collaboration. Today, their labs are part of a major four-lab effort – including the Michael Tadross lab in Biomedical Engineering, Pratt School of Engineering, and the Nicolas Brunel lab in Neurobiology, School of Medicine ­– to study brain plasticity in habit formation, with federal funding from the Brain Research through Advancing Innovative Neurotechnologies® (BRAIN) Initiative. The initial DIBS funding helped lay the foundation for winning a competitive $5.1 million BRAIN Initiative grant. 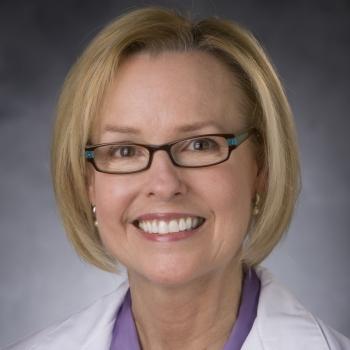 For every dollar spent on the Research Incubator Awards, seven dollars are returned to Duke through external funding and grants such as the BRAIN Initiative, other National Institutes of Health agencies, and the National Science Foundation. The program is supported financially by the university and the School of Medicine, and through philanthropic gifts from the DIBS External Advisory Board.

“DIBS invests in early-stage research projects to promote testing of new ideas, increase the likelihood of obtaining external research funding, and help train the next generation  of research scientists." The BRAIN Initiative seeks to revolutionize our understanding of the human brain by taking advantage of the latest technological advances. It is supported by federal agencies, technology firms, academic institutions, scientists, and other contributors to the neuroscience field. The Defense Advanced Research Projects Agency (DARPA) also supports the BRAIN Initiative through a number of programs. 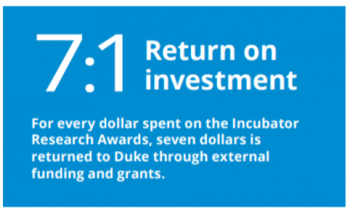 Calakos and Yin are both members of the growing DIBS Faculty Network, composed of nearly 200 faculty members in dozens of departments across Duke. Calakos described how she and Yin began their Incubator collaboration: “Henry joined the faculty at Duke just a couple of years after I did,” she said. “Our labs shared an interest in understanding the relationship between plasticity (adaptability) in basal ganglia circuitry and how it shapes behavior, so it was natural that we were looking for opportunities to work together. Our 2010 DIBS Incubator Award was the first opportunity for our labs to do this.”

The Calakos Lab had just created a mouse model for a movement disorder thought to arise from abnormal basal ganglia activity. The Yin Lab “had the expertise to study learning behaviors that rely on basal ganglia plasticity, so together we set out to understand how a human genetic variant associated with movement disorder influenced motor learning and habit formation,” Calakos added. Other DIBS Faculty Network Members have had similar success attracting grants from the BRAIN Initiative based on collaborative work that grew out of their Incubator awards.

For example, Marc Sommer (Biomedical Engineering, Pratt School of Engineering) has long focused on optimizing parameters for Transcranial Magnetic Stimulation (TMS), which uses magnetic fields as a non-invasive way to affect neurons for treating disorders such as depression. Beginning with an Incubator Award, Sommer worked with Tobias Egner (Psychology & Neuroscience), Warren Grill (Biomedical Engineering), and Michael Platt (formerly of Neurobiology) to understand and enhance the use of TMS in animals performing cognitive tasks.

Sommer’s BRAIN Initiative grant, “Impact of Timing, Targeting, and Brain State on rTMS of Human and Non-human Primates,” builds on his team’s Incubator Award research through a novel collaboration with Roberto Cabeza (Psychology & Neuroscience), Simon Davis (Neurology), and Greg Appelbaum and Angel Peterchev (both in Psychiatry & Behavioral Sciences). The new study “will yield a multi-scale data set that links results from non-human primates to humans through experiments that should generalize well to the study of other cerebral cortical circuits,” Sommer said. “The results will help to advance rTMS from a method that relies on trial-and-error testing toward one that is founded on clear biological principles.”

Supporting the Next Generation of Neuroscientists

Peterchev was also awarded a BRAIN Initiative grant supported by DARPA: MOANA: Magnetic, Optical, and Acoustic Neural Access Device, for High-bandwidth, Non-surgical Brain Computer Interfaces,” a project that grew out of another DIBS Incubator Award involving colleagues from across the university and the medical center. It’s not just faculty who are involved in the projects. Peterchev noted that Stefan Goetz (Psychiatry & Behavioral Sciences), the primary investigator on the DARPA grant, was a postdoctoral associate funded by the Incubator Award. “This is another example of how this seed funding program contributes to the important work of educating and training the next generation of neuroscience talent,” Dawson said.

Dawson expects to see more BRAIN Initiative grants go to DIBS Faculty Network Members, especially those leading Incubator Awards “This is a natural match,” she said. “Seed funding is crucial to ensure that Duke neuroscientists are part of the talented group of researchers who are funded through the BRAIN Initiative and leading the way in unraveling the complexities of the brain.”

DIBS would like to thank Sarah Dwyer, Office of the Vice Provost for Interdisciplinary Studies, for her invaluable contributions to this piece.