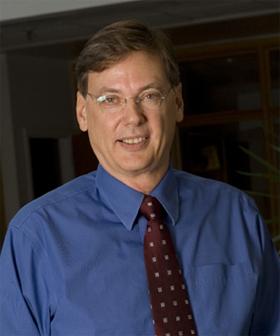 David Fitzpatrick, a professor of neurobiology at Duke University, has been named the first director of the new interdisciplinary Institute for Brain, Mind, Genes, and Behavior, Provost Peter Lange announced Monday.

The institute, an outgrowth of the university's latest strategic plan, is being created "to build on our existing strengths in a variety of disciplines that are critical for understanding brain function," Fitzpatrick explained. "I'm looking forward to working together with the faculty and administration in Arts and Science and in the Medical Center to marshal our talents in a way that elevates the neurosciences at Duke to a new level of excellence.

The institute has funding to become a research incubator for Duke faculty to open up new lines of inquiry, and also a hub for recruiting new faculty who may straddle multiple departments and research centers, said Fitzpatrick, whose own work focuses on how circuits in the brain develop and become programmed for various functions.

"Duke is well positioned to become a dominant force in the study of brain, mind and behavior if we coordinate activities on campus and build on our collective strengths to address the field's most important problems," said Lange, the university's top academic officer. "David is an excellent choice for pulling all of this together, based on his long experience at Duke, the breadth of his research interests and his wide network of collaborations."

In the strategic plan, the new Institute for Brain, Mind, Genes, and Behavior has been charged with addressing fundamental questions of brain function that will have significant impact in the clinic and in the realm of public policy. These include developing new ways to image brain structure and function, understanding the relation between neural circuits and behavior, exploring genetic variability in behavioral traits and cognition, relating brain function to ethical and moral behavior, and relating economic decisions to brain states.