Dzirasa, who earned both his Ph.D. and M.D. from Duke, directs the Laboratory for Psychiatric Neuroengineering in the Bryan Research Building. He is an assistant professor in the departments of psychiatry and behavioral sciences and neurobiology in the Medical School and a member of the Duke Institute for Brain Sciences.

Dzirasa’s research uses multiple small electrodes in the brains of mice to measure interactions of genes and environment. Ultimately, he would like to develop a ‘pacemaker’ for the brain to restore neural circuits affecting mood and cognition.

“These early-career scientists are leading the way in our efforts to confront and understand challenges from climate change to our health and wellness,” President Obama said in a statement Thursday. “We congratulate these accomplished individuals and encourage them to continue to serve as an example of the incredible promise and ingenuity of the American people.”

The Presidential Early Career Award is the highest honor bestowed by the U.S. government on young researchers. Dzirasa and the other winners will receive their awards at a White House ceremony this spring. 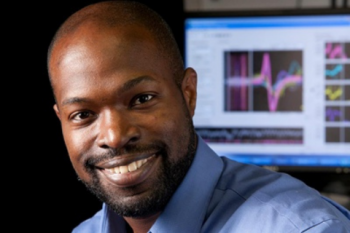