DIBS member Kenneth Dodge's [EDIT: Link no longer works] study of the lasting effects of high-quality, state-funded early childhood education was featured this week on NPR.  Dodge's research contributes to the growing body of evidence that suggests when early childhood programs are properly implemented and high-quality, they have long-lasting benefits.  In his study, they followed one million children in the NC Pre-K program between 1995 and 2010 all the way through fifth grade.  His study concluded that the gains either remained the same or grew through that period.  Evidence supporting the long-term effects of state-funded preschool programs has been mixed, but Dodge believes that it's the quality of the program that creates lasting results.  He also emphasizes that the continuing education must also be high-quality: "The long-term impact depends entirely on quality and how well elementary schools build on the foundations set in pre-K." 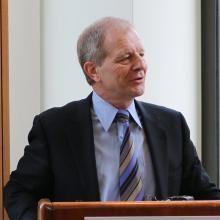