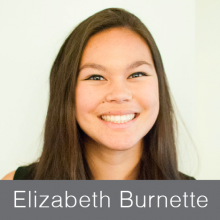 Current research: After spending fall 2016 at Duke Kunshan University, I can’t wait to get back to research when I return to Durham. I spent the spring and summer of 2016 in Dr. Jennifer Groh’s lab, which studies audiovisual localization using rhesus macaque monkeys. The monkeys perform a number of tasks in which they are trained to look directly at the location of a light, a sound, or both, then we track their eye movements while simultaneously doing electrode recordings from cells in the superior and inferior colliculi. Before joining the Groh Lab, I worked in the lab part of an audiology clinic in the hospital, which studied the vestibular system. We recruited participants for a study in which we induced vertigo and recorded their nystagmus reactions.

My thoughts on neuroscience education: The neuroscience major at Duke is often a path for pre-med majors, but I hope to enter grad school and pursue career options other than medicine. I appreciate the extent to which the major has allowed me to spend time in the lab, working on a variety of different experiments, particularly within the field of cognitive/auditory neuroscience. As I progress further in the major, I’m excited to take interdisciplinary neuroscience electives that combine neuroscience with my other areas of interest, such as linguistics and music.