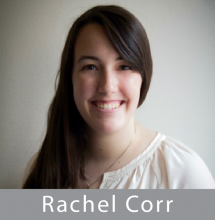 Current Research: I’m just finishing up research through Bass Connections: Brain & Society [EDIT: Link no longer exists] in Duke’s Animal Locomotion Lab. I spent the past year at the Duke Lemur Center recording lemurs as they traveled through an artificial arboreal environment we built to test the terminal branch hypothesis of evolution. Some evolutionary anthropologists believe that primates developed enhanced cognition and vision as adaptations for living in the fine branches at the ends of trees, but no one has ever looked to see if primates actually utilize these substrates more frequently. We created a controlled environment to test if lemurs, the currently living primates closest to our ancestors, actually show a preference for terminal branches.

Additionally, through Duke’s Neuroscience Program of Research [EDIT: Link no longer exists], I’m beginning work in the Laboratory of NeuroGenetics which conducts research into how differences in genetics, molecular signaling, and brain activity map on to complex behavioral traits using DNA samples, fMRI scans of brain function, and psychological testing results collected from more than 1200 subjects. My specific interest is seeing if there are biological correlates to suicidal ideation both in those with or without an apparent psychiatric diagnosis.

My thoughts on neuroscience education: I looked at colleges knowing I wanted to be a neuroscience major, but many schools had their undergraduate neuroscience program as a part of their biology department. I applied to and chose Duke because I wanted a program that worked more with the psychology department and encouraged interdisciplinary learning since the interaction between neurological systems and behavior is the aspect of neuroscience that excites me the most. Duke has completely exceeded expectations in terms of the variety of neuroscience courses I’ve been able to take and research opportunities I’ve had.